Prince Willy and Kate Middleton–if you didn’t know who they were, now you do! With their wedding coming up on Friday, April 29, 2011, it’s all anyone can talk about, but people tend to forget about other royal ladies who are just as trendy and stylish as Kate.

Take for example Morocco’s Lady Salma Bennani, who married King Mohammad VI in 2002. She is a trailblazer for many reasons, one being she was the first bride to be publicly acknowledged as such and not just the “mother of the King’s children.” Traditionally, Moroccan monarchs keep weddings and their brides a secret, so when King Mohammad announced his engagement in October 2001, it was a very bold move.  Bennani made waves when she asked King Mohammad to agree to a monogamous union since many Moroccan monarchs before him kept two wives or more.

Lady Bennani is largely imitated by many Moroccan women; the day after her engagement was announced, Moroccan women began dying their hair red! Their wedding was a two-part celebration: the first a palace wedding in March of 2002 and a separate national celebration in July 2002. On her wedding day, Bennani wore a traditional white Moroccan robe with delicate gold-threaded trim and gorgeous diamond drop earrings to match her diamond tiara. Although Bennani is now royalty, she comes from a humble background as a schoolteacher’s daughter and meeting King Mohammad while working for a diverse holding company, ONA, who represented a percentage of the royal assets. Her story is similar to another famous trendsetter–Princess Diana!

The late and great Princess Diana was well loved for her personality and her fabulous sense of style. Before she became a princess, she was Lady Diana Spencer, a preschool assistant and the youngest of three daughters. She married Prince Charles at the age of twenty on July 29, 1981 after five months of being officially engaged. We say “officially” because they kept their engagement a secret for over 2 weeks before going public. Being a lady of style, Princess Diana’s first tiara was the Spencer tiara, pictured below, which was her “something borrowed” on her wedding day! The tiara is entirely set in diamonds and gold in a repeating scroll design and is thought to be a family heirloom. Her next crown would be from Queen Elizabeth II, the Cambridge Lovers Knot tiara. Originally made for Queen Mary in 1911, the Cambridge Lovers Knot tiara is adorned with diamonds and pearls and was given to Princess Diana by Queen Elizabeth II in 1981 as a wedding present. Princess Diana first wore the tiara at the opening of Parliament in November 1981. Can you fancy getting a tiara for a wedding day gift?!

Another lady of royalty worthy of mention, Queen Rania of Jordan! Yes, an actual queen! With her movie star looks and fashion icon status, Queen Rania is without question one of the most prominent figures known internationally, and currently ranks 76 out of 100 in 2009′s list of powerfully influential women. Queen Rania met Jordanian King Abdullah bin Al-Hussein at a dinner party in January 1993, when he was only known as Prince Abdullah. Two months later they became engaged and tied the knot on June 10, 1993. When her husband ascended to the position of king, he proclaimed her queen on March 22, 1999. This official proclamation by King Abdullah was necessary or else she would’ve remained Princess Rania.

On her wedding day she wore gold-trimmed, short-sleeve gown by British designer Bruce Oldfield for the traditional Muslim ceremony while King Abdullah wore his military dress uniform. For the reception, they chose to change into less formal attire to celebrate. Queen Rania chose a modest, floor-length white sleeveless gown also by Bruce Oldfield. King Abdullah opted for a short white dinner jacket and black pants. The ultra grand multi-tier wedding cake had elevated rectangular layers embellished with crowns, and the couple sliced it with a sword.

More than just a style icon, Queen Rania has launched herself into helping Jordanians and establishing herself as a supporter of cross-cultural acceptance amongst young people. You can actually communicate with the cutting edge queen via Facebook, Twitter, and her YouTube channel!

We’re only days away from the wedding of the century! Now that Prince William and future-princess-to-be Kate have made England a romantic hot spot, we’ve decided to scout out some great locations for engagement shoots and venues for an English-inspired wedding. English-inspired themes are all about traditional gestures of romance, and refined elegance. It’s about being historical, not dated–which is exactly why these places are so stunning!

Top picture: Asthall Manor located in Asthall, Oxfordshire, England. Built in 1620, the Asthall manor is a two-story house privately owned. The ballroom is open occasionally for functions, and the garden is host to a bi-ennial stone sculpture exhibition.

Bottom picture: Longleat Hedge Maze at the Longleat Adventure Park in Warminster, Wiltshire. Wouldn’t that be a wonderful Alice in Wonderland/tea party setting for a photoshoot? The maze itself is 1.75 miles long with 6 bridges. It takes approximately 20 to 90 minutes to finish the whole maze!

Picture: Footpath to Halnaker Mill in West Sussex, England. The Halnaker Mill was built for the Goodwood Estate back in the 19th century. Can you imagine the romantic photo ops you can take on that path? It’s so gorgeous and reminds us a lot of “The Notebook” and sunny days.

Top: Old Yorkshire Bridge in Derbyshire. It is the landmark former parkhouse bridge.

Bottom: University of Cambridge in Cambridge, UK. A beautiful setting that can easily go with any theme you choose for an engagement or portrait shoot. The right photography can make a big difference in emphasizing the academic background or transforming it into an entirely different landscape.

English romanticism is more than just prim and proper courtship, it’s about embracing love that extends traditions and time–much like William and Kate’s!

-I and J Bannerman 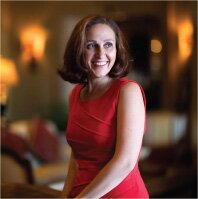